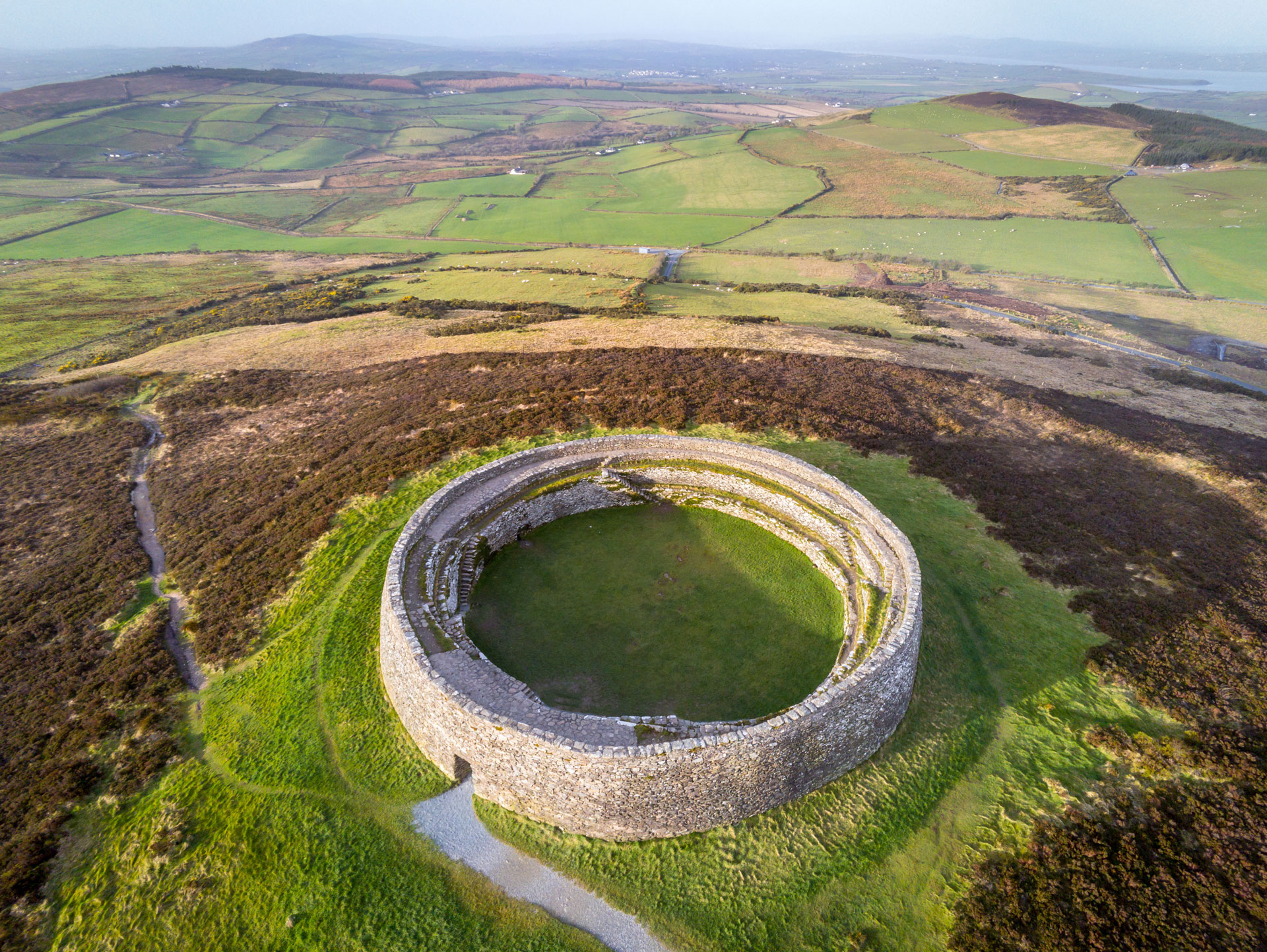 Have you heard lots of stories about the beauty of the Wild Atlantic Way but haven’t had the time to visit?  How about a weekend break? Donegal is only 3.5 hours drive from Dublin city. Atlantic Way Explorer app can help you find your way with ease.

This time of the year the sea is perfect for surfing and swimming for hardy souls as the October waves roll in and the sea temperatures are relatively warm at around a nippy 12 degrees. It is off-season and thus ideal to get good value for your money with most restaurants and attractions still open.

Donegal is truly amazing and at over 1000km of coastline, it is covers a huge part of the 2500km Wild Atlantic Way.   Here we have taken seven fantastic locations from the Atlantic Way Explorer app on route for you to visit over two days.

Ideally stay in Letterkenny or Rathmelton the first night and travel clockwise to Ardara or Dungloe for the second night so you don’t have to double back on your route..  Day 1 Saturday the plan is for a visit to each of the following Atlantic Way Explorer sites Inch, An Grianan, Ards, Glenveagh and Dunfanaghy is just about doable though you may have to choose between Ards and Glenveagh a difficult choice! Sunday a lighter itinerary is proposed with a recommended few hours walking some of the highest sea cliffs in Europe followed by lunch and castle hunting in south Donegal.

Inch Lake is magical this time of the year with nearly 10,000 swans and geese coming to feed here over winter along with hundreds of other waterbirds.  Inch Lough is one of the best wetland birding sites in Ireland. It was created in the 1850s when the railway built embankments to Inch Island thus creating Inch Lough.

There are beautiful walks on the embankments and birds are easy to see. If you are interested in birds and wildlife, Inch is worth visiting at any time of year. It has breeding grebes, ducks and terns in summer. The pin on the app will bring you to the car park with information boards.

The Stone Fort of Grianán of Aileach sits on a summit of a hill  Inishowen, County Donegal.  It is one of the ionic images of the Wild Atlantic Way. The fort dates back to 1700 BC and is 23m wide and 5m high. The dry stone walls contain two passages within them as well as terraces along their interior.

Situated at 250m above sea level, the view from the site is truly breathtaking with much of the Inishowen peninsula in sight as well as the waters of Lough Foyle and Lough Swilly.

Grianan of Aileach is managed by the Office of Public Works (OPW) It is free entrance and is typically open from 10am to 6:30pm from March/April through to summer. The site closes at 3:30pm during off peak months.

If it’s walking in glorious landscape and having tea in a castle then Glenveagh is the place for you. Glenveagh National Park is one of Irelands five National Parks, four of which are located on the Wild Atlantic Way. Glenveagh is an isolated wilderness of rugged mountains, pristine lakes, tumbling waterfalls, and enchanting native oak woodland. It is located in the heart of the  Derryveagh Mountains in the north-west of County Donegal. It is 17,000ha in size with multiple walks and mountains to climb.

At the centre of the park set on the edge of Lough Veagh is Glenveagh Castle. This remarkable structure is a late 19th-century castellated mansion built as a high Victorian, gothic revivalist, hunting lodge with formal gardens. Both the castle and gardens are beautifully restored by the state and open to visitors.

Admission to the park walks are free.  Charges only apply to services. The National Park is open to walkers all year round. The pin on the Atlantic Way Explorer app will bring you straight to the car park.

I have a special love for Ards as two of my uncles studied to become monks there. Ards the setting for a Capuchin friary which has been a training centre for Capuchin monks since the 1930s. The friary is still open for retreats, training and has a public tearoom.  The atmosphere at Ards is peaceful  and awe inspiring.

The peninsula, accessible from the carpark, is a wonderful mix of sandy beaches, pockets of woodland, and heather moorland. This diversity coupled with extensive orange sands, exposed on a low tide is beautiful. There are lovely walks through native woodland and on deserted beaches with the hills of Donegal, views of Doe castle as a backdrop.

Note: it is not safe for swimming due to the powerful currents in the area. Access to the walks is free.

The pin on the Atlantic Way Explorer app will bring you straight to the car park.

Dunfanaghy Beach is a typically beautiful Wild Atlantic Way beach. It has a gorgeous long wide white stretch of sand with shallow waters. It is 1.2km long and is truly vast on a low tide. It is good for walking,  swimming and horseriding. The presence of the three headlands enhance the view from shore. Definitely one of my top ten beaches. It is a lifeguard patrolled during the bathing season (lifeguard times can be found displayed on the noticeboard at the beach).  It isnt far from Dunfanaghy village where there are a selection of pubs and cafes for lunch or dinner.

The Slieve League cliffs are located in west Donegal with spectacular views of the Atlantic Ocean. At 596 metres it has some of the highest finest marine cliffs on the island of Ireland and although less famous than the Cliffs of Moher in County Clare, these cliffs reach almost three times their height.

This tall mountain has been eroded by the sea till the southern face forms a precipice from the long knife-edge which forms the summit. This is called “One Man’s Path”, and is one of the most remarkable walks to be found in Ireland. The slopes leading to the exposed cliff edges are covered in heather in August giving a wonderful purple hue to the scenery.

There is a good car park on-site and the Atlantic Way Explorer app will take you there. You can park there or proceed through the gate and drive up to the parking point on the cliff edge.

Donegal Castle is situated on a bend of the River Eske in the middle of Donegal town, a pretty town which sits at the mouth of the River Eske and Donegal Bay. The castle consists of a 15th-century rectangular keep built by Red Hugh O’Donnell, who was head of the O’Donnell clan. The castle has extensive 17th-century additions and is furnished throughout.

Opening hours vary throughout the year. Easter to September it is open 10 am to 6 pm and the rest of the year until 4.30 pm. The admission fee is 5 euro per adult.